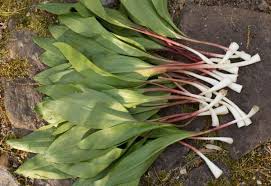 April in Appalachia is amazing for many reasons, but a West Virginia favorite is ramp harvesting. Ramps (Allium tricoccum) are a West Virginia delicacy and are often cooked with fried potatoes or scrambled eggs. Festivals, fairs, and local restaurants hold celebrations in honor of WV ramp season.

Ramps are often found on slopes in rich, moist forests and are extremely hard to cultivate. Due to this, ramps are often harvested from their naturally occurring locations. Just like all wild plant harvesting, conservation and best management practices are vital to continued enjoyment.

Ramps are at risk of losing entire populations due to over harvest. To harvest ramps responsibly, follow these 3 easy steps:

Ramps (Allium tricoccum) are a spring perennial plant of the Liliaceae family and are a type of wild leek. Ramps are native to the deciduous temperate forests in the eastern Appalachian Mountains and are the first green plants to sprout in rich, moist, shady woods from late March to early May.  Full bloom occurs in late June. Seed heads ripen and disseminate seeds from October through November. Seed production is often limited; however, this species is capable of multiplying its bulbs through asexual budding, often creating dense colonies. The scientific name indicates that it is a vegetable (Allium, e.g., onions & garlic) which produces three seeds (tricoccum). Ramps are a bulb-forming plant with green leaves, white bulbs, and purple or unpigmented stems depending on the variety. There are two varieties of ramps: variety tricoccum and  variety burdickii. The triccocum variety is dominant in the southern Appalachian Mountains and has a purple stem and larger leaves than the burdickii variety. The burdickii variety is more common in the northern mountains and has narrower leaves with an unpigmented stem.

Triad completes botanical surveys, as well as other biological/forestry surveys and delineations. Our staff is available to assist with your project and coordinate with the USFWS and local state agencies on impacts to botanical resources.