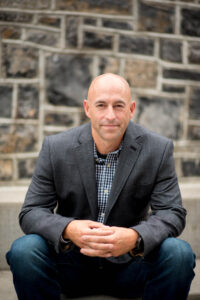 Nicholas Wolfe first became interested in geology by watching the Discovery Channel and from his 7th grade Earth Science class. From there, his interest in geology led him to Juniata College in Huntingdon, Pennsylvania where his program of emphasis (POE) was geology. Between geology classes, labs and field trips, Nick filled his time as a valuable member of the Juniata soccer and track teams. Following graduation with a Bachelor of Science degree in Geology, Nick was hired as an environmental technician for a small environmental consulting firm in Annapolis, Maryland. His main duties included the collection of groundwater and soil data for analysis. The environmental technician experience laid the foundation for Nick’s career in the environmental geology and engineering consulting field. After increasing his consulting experience at a few firms, Nick found his way to Triad in the spring of 2005. Since 2005, Nick has worked his way up from a Staff Geologist, to Environmental Practice Leader, and now serves as the Eastern Regional Manager based out of our Maryland office. Nick has worked on projects from North Carolina to New York. His project experience includes municipal water supplies, public schools, retail petroleum fueling stations, large petrochemical bulk plants and terminals, limestone and sand quarries, underground tunneling, and coal mines in addition to remediation system design and installation, tank removals, aquifer/pumping tests and fracture trace analysis.

When he is not enjoying his time at work, Nick is spending his time in the outdoors and on the water hunting, skiing, sailing, paddle boarding, and kayaking.